6 Tips On What To Do After A Motorcycle Crash 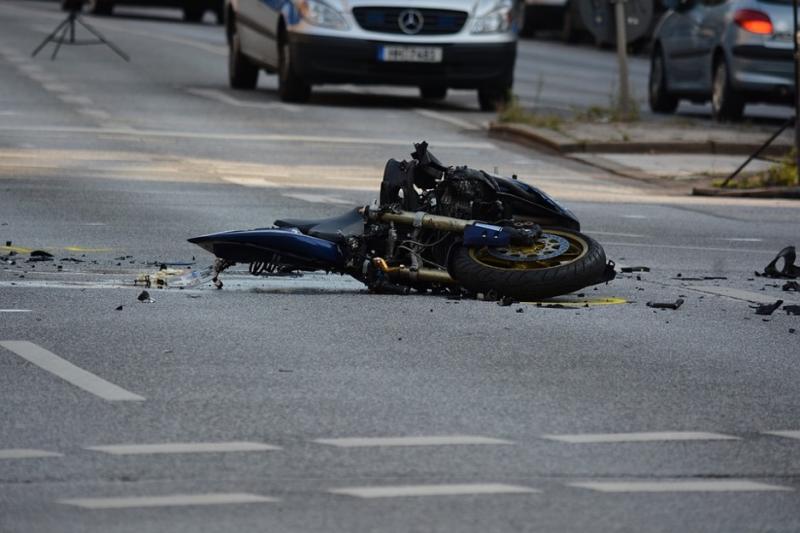 A great number of Georgians prefer motorcycle riding over driving a car. While it is fun and exciting, motorcycling also has its share of risks. Getting involved in an accident does not only endanger the lives of the people inside the motorcycles, but also those coming from other vehicles or even on their feet at the side of the road. We all know how unpredictable accidents are, but some accidents happen because of certain factors which could be foreseen by their supposed victims. Check out Ferguson Law Group - Georgia who were able to handle a lot of accident cases involving motorcycles.

Let us first clarify that motorcycle accidents happen to the most careful drivers. Although motorists may have a higher chance of being involved in a motorcycle accident, this should not keep any driver from being as safe as possible on the road. In fact, there are a lot of precautions that riders can take no matter how small, which could help prevent motor vehicle accidents from happening to them.

When you are in an auto accident, the most important thing to do is check for injuries. If it’s possible, call 911 and report for anyone that is hurt. Also, the caller that called help is not responsible for the crash. A good tip for this situation is to break down what happened without accusing anyone or exaggerating. Afterward, make sure to take photos of the accident scene; it will help if you need to argue your case later on.

A motorcycle accident can leave you feeling shaken and confused, especially if it is the first time you have been involved in an incident. However, despite being injured, there are still some recommended things that you need to do immediately after the accident, particularly if you are at fault. Your primary concern should be your health since an injury is already bad enough. You don’t need further complications on top of it.

Following a motorcycle accident, the first thing everyone should do is report to the police. Every state has a different procedure for filing a claim after an accident. The state should be notified about the accident as soon as possible. In addition, you should not move your motorcycle before calling the police. Call the police first and let them come over and investigate the spot of the accident.

3.Move out of the Roadway

If possible, move the vehicles out of the roadway. Make use of flares, hazard lights or warning triangles to send signals to any arriving traffic. The last thing you want is for another biker or vehicle to get involved in your accident. If you are able to do it without risking personal injury, get the contact information of the drivers that hit you by writing it on a piece of paper or asking your witnesses to take note.

We have all heard stories of people getting into a motorcycle accident and despite being honest about what they did, still having an insurance claim denied. This is a hard pill to swallow for most people after a motorcycle accident since the damages could be severe. You’ll have to live with hundreds of dollars worth of expensive bills that you may have not even been at fault for. A simple “I’m sorry” can cost you everything. A perfect example of this is the infamous “I’m sorry I just don’t see you” statement which ended up costing the rider thousands of dollars in medical bills.

It is difficult to determine fault when you are in an accident. Therefore, it is best to keep your mouth closed and refrain from admitting liability. You may come off as a good guy to the other party in the crash which can affect your case in court. Make sure that you keep silent first and get in touch with an attorney from Ferguson Law Group - Georgia who has experience in developing auto accidents cases as the best law group in Georgia  to fight for your rights.

Driving accidents in Georgia can be brutal. After you’ve had an accident, the next thing to do is to call someone who can help you out by getting you on your way so you can get some medical attention. Yet, after getting some initial attention, it’s not uncommon for people to go directly to their insurance companies to report on what happened. Oftentimes, people will jump right on contacting their company just because they want their car fixed or another car given to them. There are better ways of doing things that insure that the driver takes care of his health before he thinks about how the accident will affect his life financially.

After a motorcycle accident, you end up with a lot of stress on your hands. One of those stressors is from the insurance company, who is demanding that you handle your claim as smoothly as possible. An easy way to not get dragged into a sinkhole is to call Injured Help Now as soon as possible. They handle all aspects of a motorcycle accident case and make sure to cover things like medical bills, lost wages, property damage and even pain and suffering.

6.Stay Firm and Never Agree to Forget About it

It is important to start the recovery process as soon as possible after a motorcycle accident. It is equally important not to settle any claims that were made on the spot of the occurrence. The settlement can cost you a lot more in the end, some people end up losing a lot of money by accepting the initial offer. Most people think about how much money they can get from a claim and this thinking can be dangerous. If you do not agree with the settlement immediately after an accident, it is easier to stop negotiations at a later time when your injuries still have not been fully healed. Also, if you fail to follow through with the insurance adjuster's process, it may cause problems down the road when trying to get approval for future treatments or surgeries discussed. That’s why it's best to hire a personal injury lawyer to help you out.

Why Call An Expert Injury Lawyer

Remember, in case of a road accident, the police will need to be called. If you are involved in an auto accident, there are many things you should do right away. Look out for broken glass or any other dangerous materials that may have spilled onto the road. If possible, move your car to a safe place where it won’t get hit by oncoming traffic. It’s also important to take photos of the accident scene and damage to both of your vehicles.

In Georgia, drivers of motorcycles get killed due to another driver’s negligence. In the situation of a motorcycle accident, treatment for both motorcyclists and their passengers should always come first.  We know that being involved in a motorcycle accident is stressful. Usually, a driver’s first concern is their safety. However, if everyone is secured and safe, always have a moment, relax and try to remember these tips above  before deciding your next move.

Jason M. Ferguson, the founder of Ferguson Law Group, started his career working for an automobile insurance company as a trial attorney before owning his injury law firm for over 20 years. Attorney Ferguson has a unique experience, having tried cases on both sides of the court system in personal injury trials, unlike many other lawyers. Jason Ferguson also served over 14 years as an Army Reserve officer and the Georgia Air National Guard. The Albany Herald recognized him as one of southwest Georgia’s “40 under 40” in 2010.